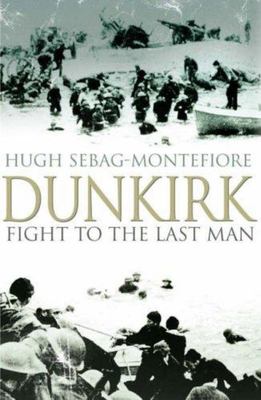 Dunkirk : Fight to the Last Man

Rescuing the British Army from Dunkirk was not just about what happened at sea and off the beaches. This book tells the story of the officers and ordinary British, and French, soldiers who were ordered to hold a series of strong points inland while their comrades were evacuated. They were to fight to the last man. The battle at Dunkirk would have turned out very differently if it were not for men such as Sergeant Major Gus Jennings of the Royal Warwickshire regiment who died smothering a German stick bomb in the church at Esquelbecq in an effort to save his comrades, and Captain Marcus Ervine-Andrews VC who single-handedly held back a German attack on the Dunkirk perimeter thereby allowing the British line to form up behind him. Using new material from British, French, Belgian, German, Russian and Czechoslovakian archives, and interviews with the last surviving witnesses of the Dunkirk campaign, Hugh Sebag-Montefiore can at last tell the true story of how the British Army was really evacuated from Dunkirk and from France in 1940. First published June 2006